Reena is Chairman and Co-Founder of Women Empowered, a grass roots, social initiative that aims to inspire and help women make the best of their individual talents and skills by connecting with successful and inspirational women and to help them make the most of their abilities and help them gain new opportunities through a variety of events. The group is championed and supported by prominent women and men from all walks of life, from politics to media, from finance to music.www.womenempowered.co.uk .  It also consists of a charitable arm based on the donation of time an service and an online blog.

Reena has worked within her family business for almost 20 years.  She has worked in variety of roles, always close to the heart of activity she has been involved closely from both operational and strategic aspects

Reena is a TedX speaker and has contributed to a variety of Asian media newspapers and radio. 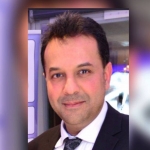 Director
​​​​​​​Head of Legal at Sun Mark Ltd and Special Advisor to the Chairman its Dr Rami Ranger CBE.  Deputised on the Apprenticeship Delivery Board and a Member of Apprenticeship Diversity Champions Network. Worked with leading economist and former Head of Skills development for India, Dr Narendra Jadhav MP in the area of Labour Law Compliance. Was an advisor to Mrs Salma Ansari, wife of former Vice President of India, in the widening of education to impoverished children. Between 2010-15, was a regular speaker in the UAE on key subjects to the region including capacity building, women empowerment and the Nation Agenda. 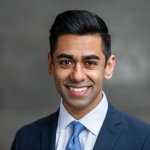 Co-Chairman
Ameet Jogia is a young and upcoming British Indian politician in the UK. Ameet is an active member of the Conservative Party, having joined the Party on his 16th birthday. He has been involved with the Party ever since, having been elected as a Local Councillor in his local town of Harrow in 2014, and re-elected in 2018, as well as having recently stood for Parliament in Brent North in the 2017 General Election.