A profile of modern India 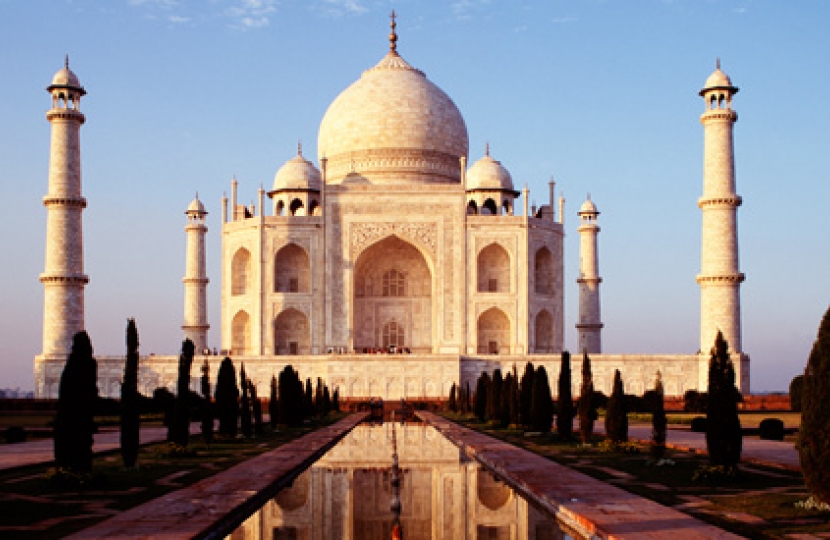 A land of history, tradition, trade, education and culture, India is now a major participant in the global community and a key ally of Britain. Ahead of the official launch of CF India, we take a look at some of the key areas of India that are flourishing.

The UK and India have a rich and diverse history and today they stand side by side as equal partners. It’s no coincidence that Prime David Cameron’s first international visit after taking office was to India, but a reassertion of this special bond. The Conservative Party shares similar values to India –the world’s largest democracy- which makes it the natural home for British Indians.

Economy
Even in today’s difficult global economic climate, India is flourishing. It is the second fastest growing economy in the world and Oxford Economics projects that India's real GDP will grow at 7.3% annually until 2025.

The growth of the Indian middle class is a fillip to the country’s success. Be it business, education, health or industry, the world’s largest democracy is expanding rapidly. India has more than one million schools enrolling over 130 million students. Higher education institutions including colleges, technical institutions and universities have approximately 13 million students. The Higher Education system has emerged as one of the largest in the world in terms of number of institutions as well as student enrolment.

Healthcare
The Indian healthcare sector is currently estimated at US$56 billion and is expected to reach US$150 billion by 2017. Healthcare spending is increasing rapidly due to rising income levels and a growing elderly population, as well as changing demographics, disease profiles and the shift from chronic to lifestyle diseases in the country.

Aerospace
India’s air passenger travel has been growing at almost 25 percent a year. The Indian aerospace industry is one of the fastest-growing aerospace markets in the world with an expanding consumer base comprising airlines, businesses and defence requirements. The rapid growth of this industry has naturally attracted major global aerospace companies to India. Research indicates that India will spend about US$ 35bn on military aviation over the next 20 years.

Energy
Given the country’s rapid growth, energy demands are also on the rise. India is now the world’s fifth largest consumer of energy, and its demand for petroleum products is growing by more than 6% per year.

Transport
Catering to the needs of its 1.2 billion population and growing economy, there has been a natural demand for transport infrastructure and services. Although Indian Railways is the biggest state-owned public utility and is currently the fourth largest in the world after US; China and Russia, it is forging forward to create infrastructure of the future.

Religion
As a vibrant democracy, India is not only an economic global player, it is also home to most world religions and Indians have a history of multicultural, multi-religious coexistence.

Arts
In the field of the arts it has found a place on the global stage. Bollywood has been a big export from India. The Indian film industry’s success has prompted big US film companies such as Warner Bros and Twentieth Century Fox to set up offices in India.

Communication and IT
There may be 325 languages spoken in India but in this age of communications it is no surprise that India has the world's second-largest number of mobile phone users with over 903 million as of January 2012. By 2020, it is projected that the country will have a mobile internet user base of 600 million. The country also has over 28 million Facebook users and over one-third of all Internet users are on Facebook. This makes India the fifth largest Facebook user base in the world and it is expected to become the second largest by the end of 2012. These numbers and growth rate are staggering considering that Facebook had very little Indian market share just three years ago.

India has a burgeoning urban middle class and has made great strides in fields such as information technology. Its large, skilled workforce makes it a popular choice for international companies seeking to outsource work, but a large mass of the rural population remains impoverished. Poverty alleviation and literacy campaigns are ongoing efforts.