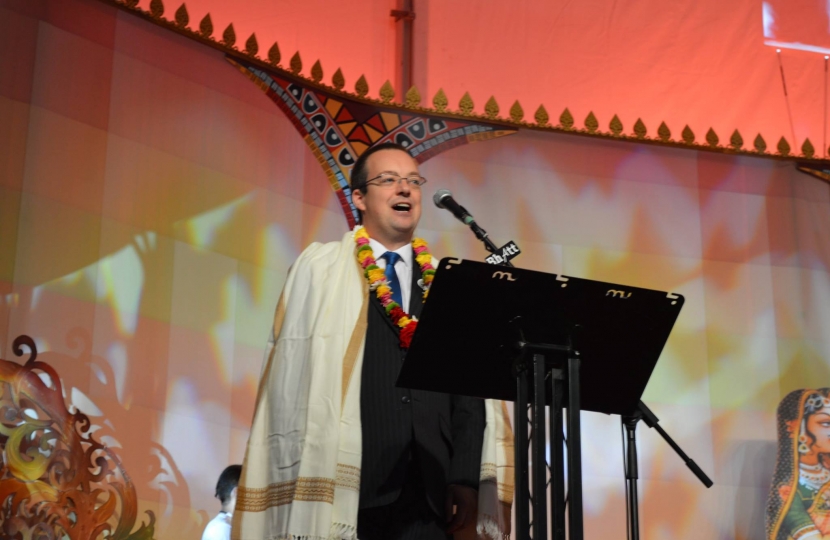 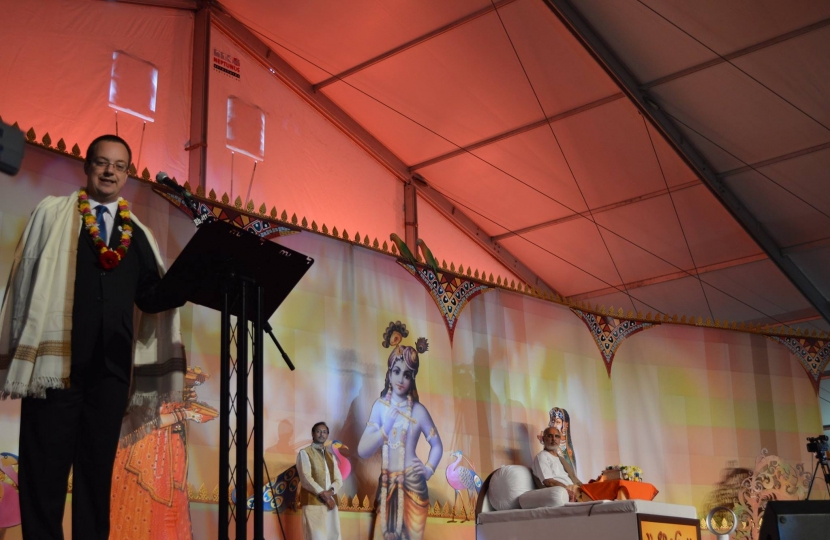 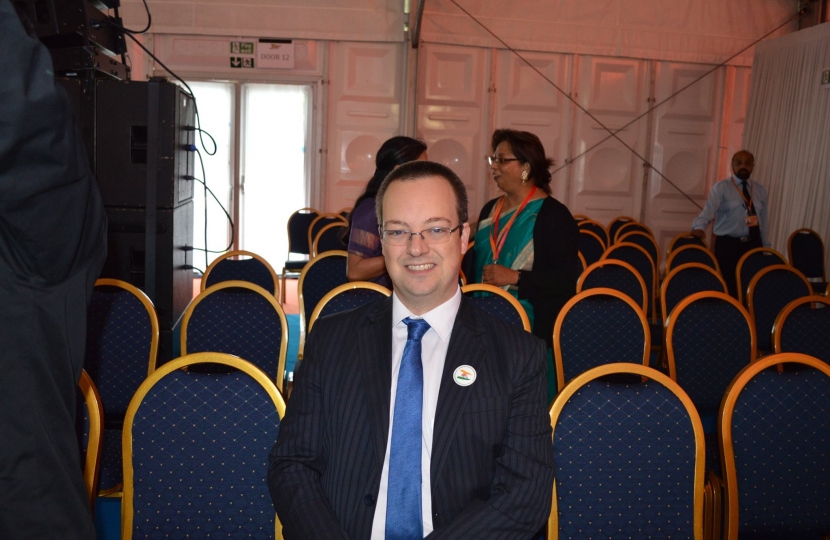 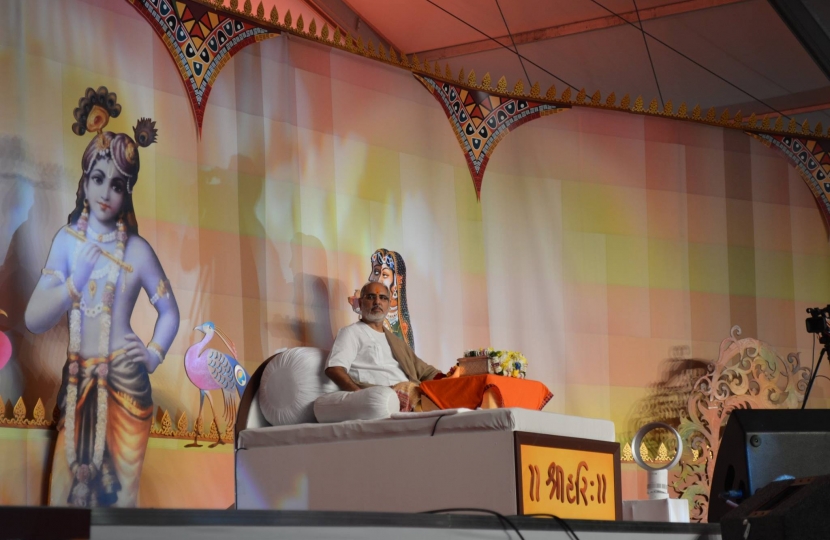 The katha – titled Krishna Speaks – was a week-long event starting on Tuesday, July 26.

Mike Wood MP spoke in front of thousands of people on Thursday, 28 July.

Je Shree Krishna to Bhaishree and to all.

I am honoured and privileged to have been invited to speak at this katha. Bhaishree Rameshbhai Oza is very well loved – and rightly so – and certainly much admired by Conservative Members of Parliament in the House of Commons and I can see the power of your thoughts and faith from the great attendance today.

A large and significant part of British history is our relationship with India, and that story is continually progressing.

As British Indians you are part of the story of Britain, a vital part of the success that is our economy, our NHS, our schools, our financial sector and our business sector, from the small firms in every town, through to some of the best known names in the country. This is a story that hasn’t been told enough. But I am pleased that the Conservative Party, through the Conservative Friends of India, is starting to tell this story more and more.

The Hindu Diaspora has interacted with Britain, historically and politically for over 400 years. The world is one family - Vasudhaiva Kutumbakam - is the core value which British Hindus and Conservatives have in common. In his final words as Prime Minister outside Downing Street, David Cameron said he was very proud that one of his achievements was committing 0.7% of the UK’s income on International Development. But of course, our relationship is one based on genuine mutual respect and genuine common interests, on genuine shared values. And for many British citizens, UK-India is literally a family relationship. After the EU referendum last month, it is more important than ever that we work with our friends around the world, and we have no stronger friend than India.

I know that Theresa May, the new Prime Minister, is determined to build an even closer relationship between Britain and India.

The United Kingdom-India partnership is strong. Our new Asia Minister, my colleague, Alok Sharma MP, visited India this week to discuss trade and to strengthen the partnership. Indian Finance Minister, Arun Jaitley, met in January in Downing Street, announcing many partnerships but particularly in Financial Technology and in infrastructure.

Prime Minister Modi’s visit to London last year and his joint attendance with David Cameron at the Wembley Stadium in front of 60,000 people, underlined our common history with India, and a willingness on both sides to strengthen and to deepen that relationship.

The launch next month of the first rupee-denominated bond in London is a concrete example of our close and growing economic cooperation and underlines that the City of London remains a global hub for innovative finance.

The UK government supports the delivery of major infrastructure projects in India across key sectors including smart cities, renewable energy and railways, all of which are vital for India’s future growth and also vital for our shared interest as global partners.

India and the UK have always had traditionally close trade ties: the UK is the largest G20 investor in India, while India invests more in the UK than the rest of the European Union combined. India has also emerged as the third largest source of Foreign Direct Investment for the UK.

Now we have a new Prime Minister and a new Cabinet and I know that India is high on Theresa May’s agenda. Whether it is tackling the scourge of human trafficking around the world, or the absolute necessity of eliminating hate crime here in Britain, the new Prime Minister recognises the need to engage fully and to fully utilise the British Indian community. The Indian diaspora are an important part of Britain and as India continues its long and growing relationship with Britain, British Indians will have so much more to be proud of. Let us work together to make Britain a better place.

Thank you again for inviting me to this holy event and I look forward to sharing further such events together in the future.