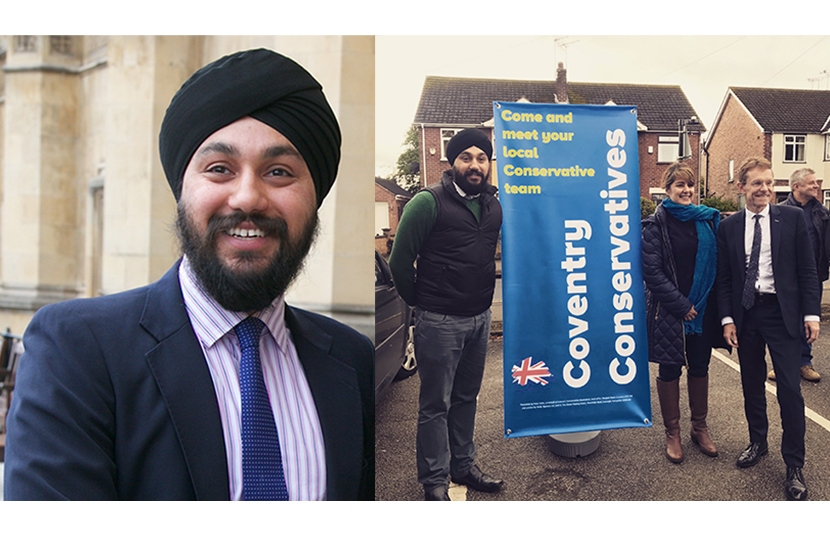 West Midlands Conservatives have selected Jay Singh-Sohal, CF India Executive Committee member, to be their candidate in next year’s Police and Crime Commissioner elections at a meeting of Conservative Party members tonight (13 August).

Having grown up in Handsworth area of Birmingham, Jay now lives in Sutton Coldfield and is employed as a Strategic Communications Project Director within the security and defence sector. He also actively serves as an officer in the Army Reserves.

Commenting on being selected, Jay said: “I am absolutely delighted to have been given the opportunity to be chosen for this vitally important role in my region. It's an opportunity to serve the public and I know my experiences and skills serving in uniform but also within the community will help to ensure that policing across the West Midlands becomes more responsive to the needs of all residents particularly from underprivileged and diverse backgrounds.

“By listening to people’s concerns, I will as PCC produce a Crime Plan that reflects local need and requirements given the rise in crime we face. I will work with Government to make sure police in the West Midlands have the tools and support needed to keep all families and residents safe.”

He added “I very much see the role as being the local champion who takes up the fight against crime so that we can make the West Midlands a safer place to live, work and do business.”