Simon has been involved in the Conservative Party for 30 years.  He was the Parliamentary Candidate for Hackney South & Shoreditch in 2010, from where, at his social action project in Clapton, David Cameron launched the 2010 general election Short Campaign. In 2015, Simon was the Conservative Party’s Parliamentary Candidate for Feltham & Heston, where he was actively supported by Theresa May in developing really effective community engagement with British Indian families in his then prospective seat.

Simon helped to launch Conservative Friends of India, under David Cameron and subsequently served on its Board. He is involved in and passionate about the important role that diversity has to play in the Party. He has served on the Board of Conservative Friends of International Development since 2010, and has been to Rwanda as a member of Project Umubano on three occasions.

Simon runs his own corporate and financial communications agency which has offices in London, Brussels and Mauritius. He is a Fellow of the Royal Society of Arts (FRSA) and a City liveryman. 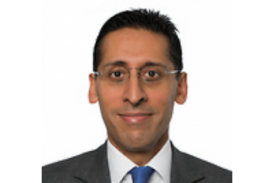