Shailesh was formerly a Minister for Northern Ireland, having also previously served as a Minister for Justice, a Minister in the Department for Work and Pensions and as a Government Whip.

In Opposition, Shailesh was Shadow Deputy Leader of the House of Commons and before being appointed to the Front Bench, he was on the Select Committee for Environment, Food and Rural Affairs. 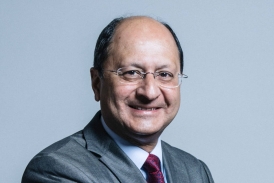