Rishi Sunak was appointed Chancellor of the Exchequer on 13 February 2020. He was previously Chief Secretary to the Treasury from 24 July 2019 to 13 February 2020, and Parliamentary Under Secretary of State at the Ministry of Housing, Communities and Local Government from 9 January 2018 to 24 July 2019. 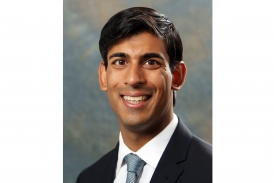