There's a hole in Sadiq Khan's plan and it's £1.9 billion big 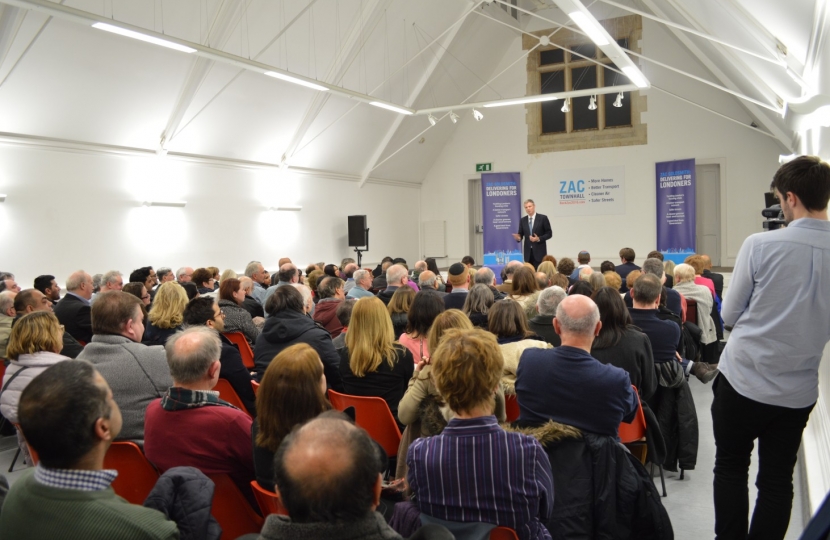 "There's a hole in Sadiq Khan's plan for London," said Zac Goldsmith at a Town Hall Q & A session in Harrow last night, "and it's £1.9 billion big."

The Labour candidate announced last month that he has plans to freeze transport fares over the next four years. According to Khan, this measure would cost approximately £450 million. Transport for London, however, have come up with a very different estimation.

At the Town Hall Q & A session in Stanmore last night, Zac Goldsmith said that the London Mayoral candidates want the same things for London. They all know what's at stake:

These are the things that really matter to Londoners in this Mayoral election. The question that the next Mayor of London needs to answer is not: What do I do? It's the following: How do I do it? How do I work with government to deliver for London?

And it would be to vote for a candidate who nominated Jeremy Corbyn to become Labour Party Leader.

Ken Livingstone, said Goldsmith last night, was a Mayor who set himself targets that he could never reach. In 2016, Sadiq Khan is arguably making the same mistake.

Above all: it would be to vote for a candidate who doesn't promise anything that he cannot deliver.

The choice in 2016 is as easy as it was in the General Election of 2015. Strong leadership. A clear economic plan. A brighter, more secure future.