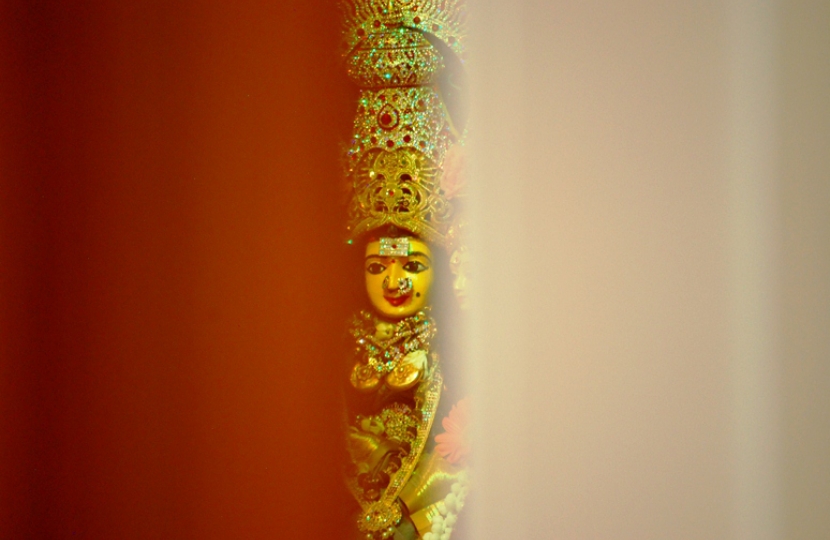 Shailesh Vara MP is the Co-Chairman of CF India. This article was first published in the Eastern Eye newspaper on 7 October, 2016

We are fortunate that in Britain people of all faiths are able to practice their respective religions. For Hindus, this includes the freedom to celebrate Navratri. This hugely popular Hindu festival is currently being celebrated at events across the country, with many of them being attended by my Conservative colleagues.

For many British Indians, celebrating Navratri and other such festivals reaffirms their cultural values, and it is not surprising therefore that these festivals play an important part in many people's lives.

As Navratri is celebrated at various venues in Britain, friendships will be strengthened, many sweets will be consumed and people's "dandiyas" will be looking a bit more worn out. Crucially though, the religious and social aspects of Navratri will be firm in everyone’s minds.

Navratri is an important festival. Firstly, the war it celebrates is one between Mahisasur and Mataji. The word “asur” means demonic and the “demon” is not physical but rather it is internal within oneself. To have an “asuri vrutti” means to have ego, vanity and laziness. We all have some of this within us, and so the fight needs to be fought within oneself. Can individuals generate Shakti (strength) to fight their internal enemies? That is a crucial question and it is very significant in the celebration of this historic war. Navratri teaches us to be the best we can be, to have strength to try to be good in every instance and to fight idleness and the other negative tendencies when they come within us. The playing with the dandiya is symbolic of this fight.

Fundamentally, the essence of the festival is the worship of “shakti” and the need for individuals to be strong physically, mentally and spiritually.

Secondly, the playing of garba and dandiya teaches people to work together and create a feeling of unity. If everyone dances separately there is no fun or beauty. The dancing in unison demonstrates the strength of working together. Moreover, as the Goddesses are in the centre of the dance circle, it makes the point that when in a circle, no one is further or closer to the centre, and so in the same way no one is further or closer to God, regardless of their wealth, knowledge or status.

In the same vein, when the Prime Minister, Theresa May first stood in Downing Street and said that she wanted a “country that works for everyone”, she was saying that no matter where you are born or where you come from or what your family background maybe, you should have the same opportunities as others to prosper in life. Everyone should have opportunities to get ahead in life, and they should be able to go as far as their ability and talent takes them. No longer should it matter what postcode you live in, your children should have the opportunity to go to a good school; your life expectancy should not depend on where you live and your earnings should not be determined by your race or your social status.

Thirdly, there is reverence to the Universal mother that is created through Navratri. Navratri is basically saying to women: you can be strong – physically, mentally and spiritually. That is certainly the message that resonates clearly in Britain. I’m proud to be part of a Party that has delivered not one, but two female Prime Ministers. I hope this achievement will empower women to have confidence to progress to the highest levels in whatever they do.

In fact, the word “garb” from which “garba” comes is from the Sanskrit word for womb. It is a strong reminder to be grateful for the life given to us by our mothers, the strength shown by them and the sacrifices made by them.

There are many more things to learn from Navratri, and from other festivals too. It should be remembered that behind the merriment and celebrations, there are deep values and meanings to the festivals. It is particularly good to see that young people are carrying on the traditions of celebrating these festivals. And as they do so, they should be encouraged to look at the deeper meanings behind the celebrations.

On behalf of Conservative Friends of India, I wish the community joy and happiness during Navratri.