Message from Lord Ranger CBE, on appointment the of new Co-Chairman 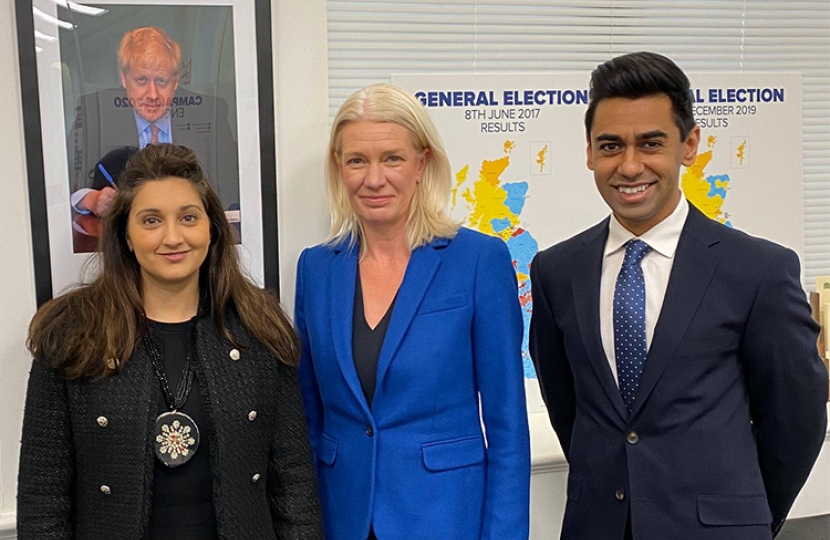 I would like to take this opportunity to thank you all for the tremendous support extended to me during my tenure as the Co-Chairman of the Conservative Friends of India. Needless to say, without your help, the CF India would not be in the strong position it is today. I am indebted to the Patrons who generously supported the organisation with their time and money.

It has been a privilege for me to have served the CF India over the last two years as its Co-Chairman along with Lord Zac Goldsmith. The organisation made a considerable contribution to the general election, and the results are in front of us. It shows what we can achieve as a united group.

The Party has decided to pass on the baton of the Co-Chairmanship to the next generation and to bring a new dimension to CF India, which will help develop new Party members and engagement. The Party has appointed Cllr Ameet Jogia and Cllr Reena Ranger OBE as the new Co-Chairs. Zac and I will become Patrons of the organisation and continue to support and contribute to the organisation as Peers.

We have developed a strong membership base and Party activists throughout the country, all of which played an integral part in the General Election from telephone campaigning to the relentless leaflet drops and canvassing over the winter months. Both Nayaz Qazi, Director and I, are proud to have received compliments from the Party Chairman and the Cabinet Members as to how CF India played a significant role in the national campaign. These compliments belong to each one of you.

May I give some background on our dynamic new co-chairs.

Cllr Ameet Jogia joined the Conservative Party on his 16th birthday; he has been involved with the Party ever since, having been elected as a local councillor in his local town of Harrow in 2014 and re-elected in 2018 and then stood as a Parliamentary candidate. Ameet has served in the Shadow Cabinet in Harrow Council, becoming the Cabinet Member for Culture and Community. He is committed to promoting integration within the borough and strengthening its diversity. In the Council Ameet also holds responsibility for traffic safety.

Ameet also works in Westminster as a Political Aide to the Lord Popat of Harrow and has supported Lord Popat in his role as the former Minister of the Crown for Business and Transport in the Lords, as well as his current role as the Prime Minister’s Trade Envoy to Rwanda and Uganda.

Cllr Reena Ranger was elected a District Councillor for Moor Park & Eastbury in 2014 and was re-elected in 2018. She stood as a Parliamentary Candidate in 2017. Reena addressed the delegates at the Conservative Party Conference in 2017 on the topic of “Fighting Injustices” and has addressed the audience at Party conference for successive years. She is an active member within the Conservative Party.

Reena is Chairman and Co-Founder of Women Empowered, www.womenempowered.co.uk a grassroots social initiative that aims to inspire and help women to make the best of their individual talents and skills. The organisation provides connectivity with successful and inspirational women and men who share their experiences with audiences to help them also make the most of their abilities to gain new opportunities through a variety of events. Women Empowered is championed and supported by prominent women and men from all walks of life, from politics to media through to finance and music.

These are very exciting times for the Conservative Friends of India, and I look forward to the further development of the organisation under the leadership of Cllr Ameet Jogia and Cllr Reena Ranger OBE.

Your continued support as members is paramount and together with this new chapter within CF India we can further champion its engagement on behalf of the Conservative Party to build on the special relationship between Britain and India and developing the Conservative Membership and its interaction with the community.  It has been a great honour to have been a part of this magnificent organisation and I look forward to continuing to support it.