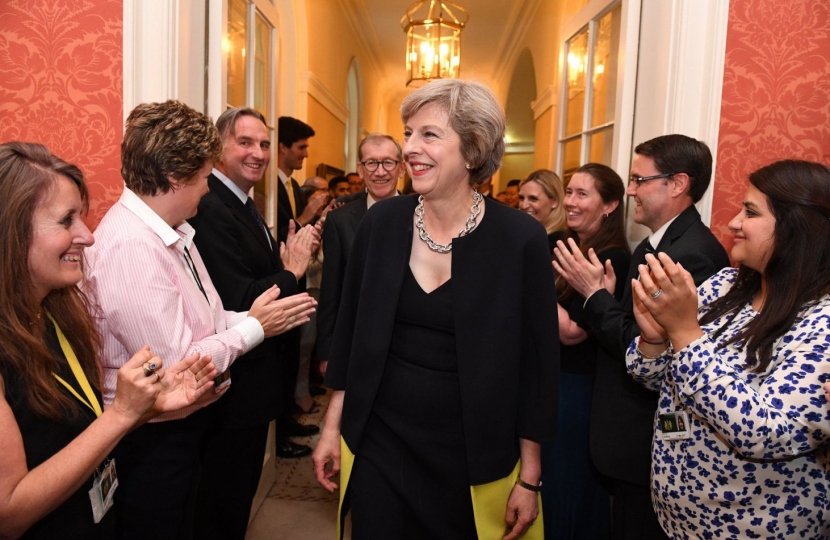 Meera Sonecha is the Executive Officer of Conservative Friends of India

At the beginning of last month I was thinking a lot about Navratri. Not simply because it is a beautiful festival, but more because of the message it contains.

It is a festival celebrating the strength of women, the strength to pick the right path, to fight for what is right, and to inspire others to do the same. Throughout history there have been countless women who have displayed that strength. And, right now there are a wealth of women leading the way in politics. From German Chancellor Angela Merkel, to leader of the Scottish Conservatives Ruth Davidson, and of course our new Prime Minister Theresa May. Through their work, these women are helping to change the world we live in.

I’m very proud to be part of the Conservative Party which has given this country two female Prime Ministers. I started working in politics in 2011 and have watched our Prime Minister rise to the top in what has too often been a male-dominated environment. From the way she dealt with issues in her time as Home Secretary to when she easily emerged as the frontrunner in the hotly contested Tory leadership campaign; Theresa May has proven herself a brilliant politician with the courage to stand up for what she believes in.

The Prime Minister has also played a key role in encouraging more women to stand for the Conservative Party. In 2005 she co-founded Women2Win, an organisation designed to inspire women to enter into politics. Through their work with the party the number of women MPs has quadrupled in 10 years.

In a recent Women2Win video entitled “Daughters”, the Prime Minister said: “As a founder of Women2Win, I’ve campaigned, over the years, to get more women Conservative Members of Parliament, and successfully, too. I have always said that if you’ve got a good diversity in a group, you get better decisions. I think it is hugely important that young girls are able to see women in parliament. I hope that young women and girls will look at the women in parliament and say: “that’s something I want to do, I want to make a difference to peoples’ lives, I want to make a change; I want to build a better country; I’ll be part of that”.

Prime Minister Modi is also working on gender equality, with his #selfiewithdaughter and “Beti Bachao Beti Padhao” (save daughter; educate her) campaigns. When Modi addressed the crowd at Wembley Stadium last year, in addition to these campaigns, he spoke about his initiatives to finally build separate toilets for girls in schools. Something so simple to address, yet thousands of girls do not get an education because of it.

Someone else who is taking action on women and girls is our new International Development Secretary, Priti Patel - a formidable politician and a fast riser in her relatively short parliamentary career.

At the UN Secretary General’s High Level Panel in September she said: “Around the world women are held back, hidden away and discriminated against. It’s a tragic waste of human potential.

“That’s why a global Britain is driving real change by working with the private sector to ensure there are better job opportunities and improved working conditions for the world’s poorest and most marginalised women.”

Priti is now working with women all around the globe to make sure that they are given the same opportunities as men.

This echoes Theresa May’s first speech outside Downing Street, where she promised to build “a country that works for everyone”. Through her leadership and our first female British-Indian Secretary of State, the Conservative Party will continue to build on its progress.

For any British-Indian women who want to become involved in politics, there are some fantastic affiliated groups such as Conservative Friends of India who will support you. The Conservative Party had the first female MP, the first female Prime Minister, and now the second female Prime Minister too. It has achieved a lot, but there’s still more to do.