London: Why I’m a Conservative - by Alpesh B. Patel 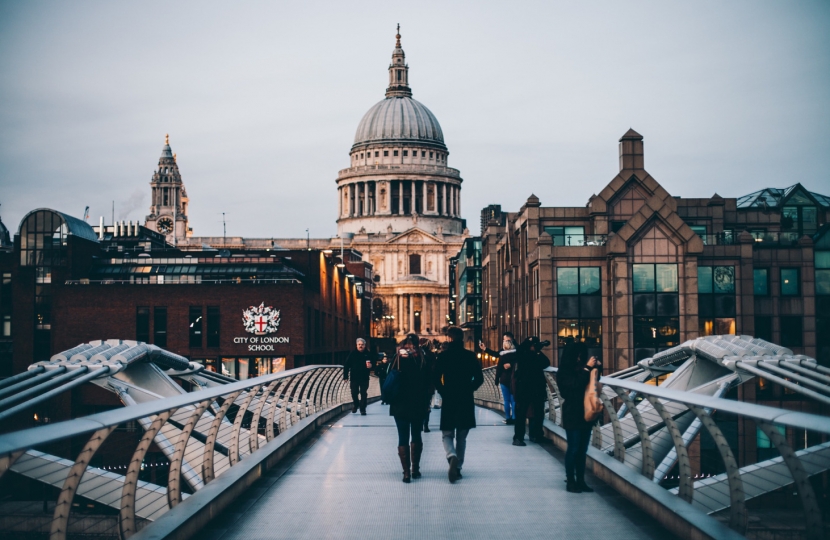 Alpesh Patel is CEO of a UK Asset Management Company investing in Global businesses. He is a Board Member of the UK India Business Council and a former Financial Times columnist and Bloomberg TV presenter on global investing – as well as the author of 18 books on investing.

I believe less Government is good, because less government means fewer regulations and fewer regulations means greater freedoms. I want as Mayor the person whose first instinct is the same. Politicians may not always be able to deliver, but I want their instincts and their values to accord with mine.

I believe that in a city in which transport is so vital, the Mayor should make getting around and into the city easier for the many. I don’t want a Mayor who feels that only the less advantaged in society should be our first or only  riority. I want a Mayor who recognises that it is the employed -- the worker, the commuter, the business person -- who pays the bills, and who should therefore be included as much in their considerations.

In such a rich city, I want a Mayor who understands that those without early life advantages get offered opportunities by the wealthiest in their community, whether it is through schemes to locate people in certain areas so they can earn from local jobs, or making commutes cheaper, or social programmes to ensure that professionals in our biggest firms interact with those who feel disenfranchised.

I believe that in a city which is of international importance we need a Mayor who can be a global ambassador and with a business-like mind pull capital from around the world into London: a Mayor who will fight for this city in Europe and in the rest of the world.

I want a Mayor who believes in tradition and who considers the history of this great city; I don't want a Mayor who rushes to demolish and change only for the sake of political advancement.

I want a Mayor with friends in central government, and whose political will won’t be impeded by people with whom he needs to work.

The bottom line is that business runs London and London pays for the deficits run by the rest of the United Kingdom – so I need a Mayor who makes it easier not for business alone, but also for the people who work in those businesses, the regular workers. If they are able to get to work easier, if they are happier with a greener, cleaner London, then London’s businesses are more productive. I need a Mayor who understands that it is about making everyone in London more productive, both workers and the untapped unemployed. In a city of immense wealth, I want a Mayor who pushes business to help the least advantaged, because it makes business sense, not because of some illusion of class war.

I think my beliefs are best preserved by voting for the Conservative Party candidate.