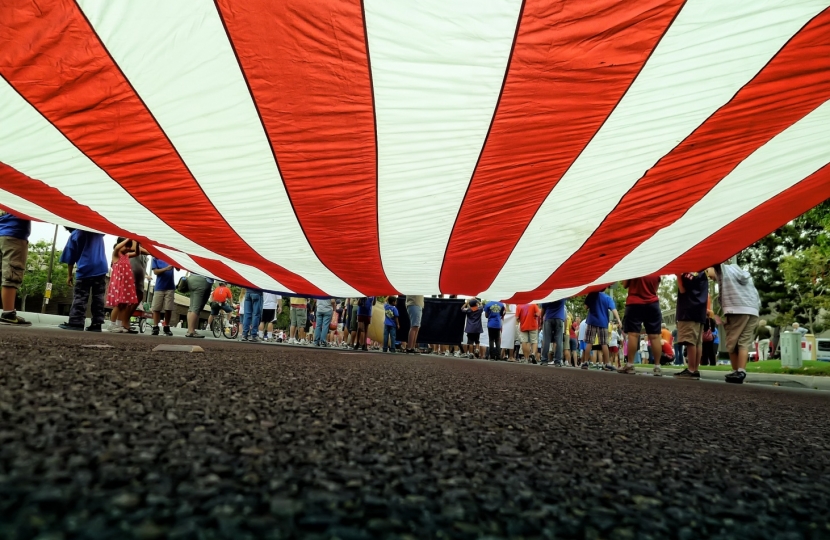 Like many I would have preferred to see Mrs Clinton win. I did not see this one coming. Frankly no-one did, barring Michael Moore and a handful of academics and businessmen. How did Donald Trump, reviled by nearly all across the political spectrum, confound virtually the whole world?

The answer is complex and multifaceted. Firstly, the insulting of entire swathes of voters by calling them stupid, bigoted and racist - in other words the classic reaction to Brexit (I speak as a Remainer). It needs to stop. Preliminary evidence suggests that class rather than ethnicity or gender was a major factor. The Left did not understand this, ironic given its’ global emphasis on class. It was also a backlash against excessive political correctness. Like Obama before him, Trump represented the yearning desire for change among a huge section of the American electorate. It was a convincing electoral college win which confirms the importance of Theresa May’s social market model of politics in my view. Politics will never be the same again.

The main thing that must be called out must be the egregious and unprofessional (mostly liberal) media bias against Donald Trump. They refused to even entertain the possibility that he might win. It deliberately created an environment where those might support Trump were hounded on social media and in the real world. As a result virtually almost no-one actually picked up the substantial growing support for Donald Trump. Trump supporters likely did not feel safe stating their support to pollsters. This lead to complacency bordering on arrogance in Mrs Clinton’s team. She failed to really campaign in states like Wisconsin, believing that she could take their voters for granted.

The root of the election outcome lay in the feeling of economic misery which drove people to Trump in significant numbers. Many working class people, lacking the skills and education of their liberal middle class counterparts in metros like New York simply resented being left behind by globalisation. There was also resentment at political correctness which prevents discussion of the negative aspects of immigration and the threat of international religious extremism.

Are some of Trump’s supporters racist? Undoubtedly but the same is true of some of those in the Clinton camp. ‘Liberal’ Hollywood routinely ‘whitewashes’ films, excluding non-white actors and filling historically non-white roles with white actors. Furthermore millions of people who previously voted for Obama voted for Trump in states like Ohio. It is possible that Clinton stood no chance because voters craved change. Millions of American people could not cope with high healthcare insurance premiums and growing insecurity in the outside world.

The other factor is the personality of Donald Trump himself, and its’ complex interaction with an unstable world today. Is he a racist? He has repeatedly disavowed racists like David Duke and the Ku Klux Klan. He has called for harsh measures against illegal immigrants, while reaching out to talented legal ones including Indians.  He should never have been underestimated. He may be one of the most intelligent people ever to run for American office. His whole strategy was predicated on simple human psychology rather than purely fact based argument. He mirrored and channelled the angry mood of a nation yearning for change. By adopting the most extreme position imaginable on numerous issues, he got himself free publicity and media attention. Then he subtly back-pedalled to gain acceptance from the political centre. One example is his changing perspective on ‘Obamacare’. It is a unique political strategy, a very effective one.

There may be some positives to a Trump Presidency. His push for modern infrastructure is sensible and potentially transformational. He is already a billionaire so he is less vulnerable to lobbying and influence from the American military industrial complex, which profits from wars abroad in areas that are not core American interests. He is also relatively secure from lobbying from states with ties to extremism - and ISIS - oil states like Saudi Arabia and Qatar. Indeed that may be one of his strongest points, if he can leave separate his business interests from his new job.

He clearly has an intuitive knowledge of human psychology and could well understand how to deploy rhetoric intelligently to undermine the appeal of the ideology behind IS and al-Qaeda - the only way to kill it decisively. Ideology cannot be destroyed by bombs, but by being discredited and mocked. Defeating terrorism through pure military force alone is clearly impossible. Trump’s desire to co-operate with Russia against ISIS could be beneficial and drive a wedge between Russia and China, giving the West an important geopolitical advantage- besides giving leverage to negotiate with Russia over the Baltics and Eastern Europe.

Donald Trump represents a whole new paradigm. It is the expression of a desire to end cronyism, class based contempt as well as concerns over global religious extremism that have bubbled to the surface. If he succeeds he could be transformational in a much more positive direction than anticipated.

Jeevan graduated from the London School of Economics with a Masters in Comparative Politics, specialising in counter-terrorism and political violence. Regular updates can be found @jeevanvc and www.jeevanvc.com