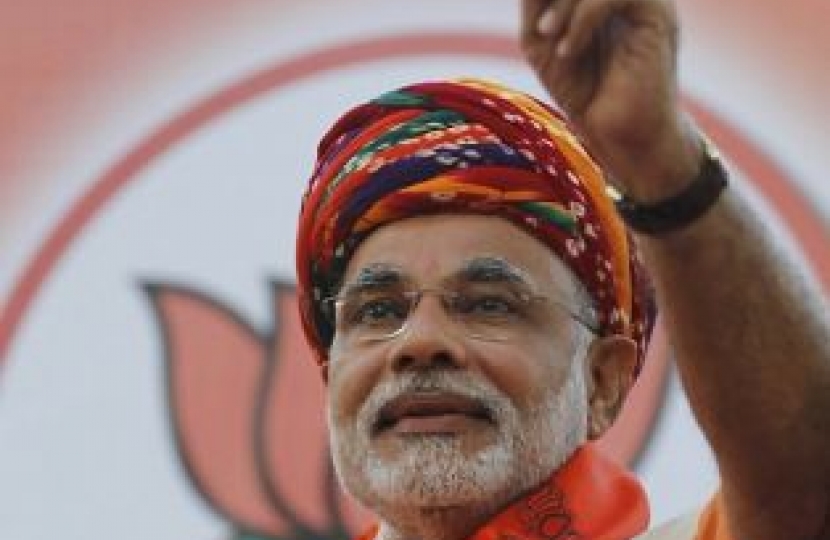 With the Chief Minister of Gujarat, Narendra Modi, set to become Prime Minister of India, the Co-Chairman of the Conservative Friends of India and Member of Parliament for Reading West, Alok Sharma has expressed his congratulations.

Alok Sharma said: “Many congratulations to Narendra Modi on what is an emphatic election victory. The people of India should be proud to have taken part in the largest Parliamentary election in the world and they now deserve a stable government that can deliver more economic growth, jobs and investment.”

Alok continued: “David Cameron, who has visited India on three occasions since becoming Prime Minister, has made clear that Britain’s relationship with India is a strategic priority, particularly in developing bilateral trade, which I very much hope will continue to grow strongly.”