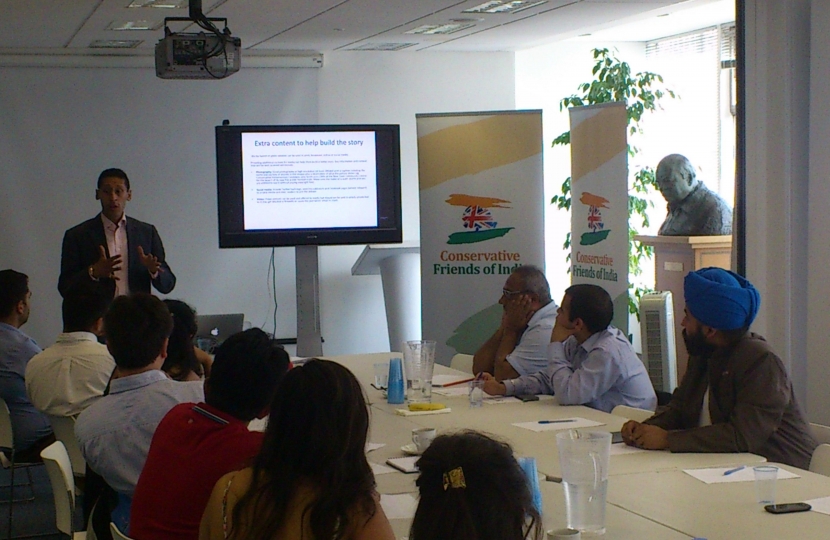 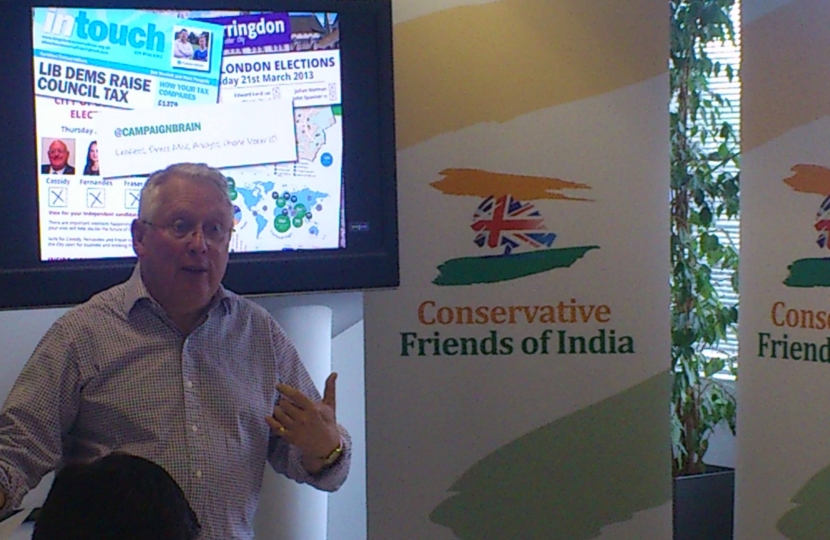 CF India held a members' training and development day on Saturday 13th July. Following an introduction from CF India Co-Chairman, Shailesh Vara MP, practical sessions were held on canvassing, literature writing and press release construction. There were also sessions held on how to become an MP and a closing speech was given by Bob Neill MP, Vice Chairman of the Conservative Party, about the importance of local councillors. Mr Neill also spoke about the current political scene and what was topical in the House of Commons.

"One of the purposes of CF India is to help the Conservative Party to campaign. Another is to help British Indians stand for and win elected office if they wish to do so. Offering training days like this helps to achieve both of those aims and I hope we will hold more training days in future to help our members play a more active role in British politics."