To Brexit or Not - by Jeevan Vipinachandran 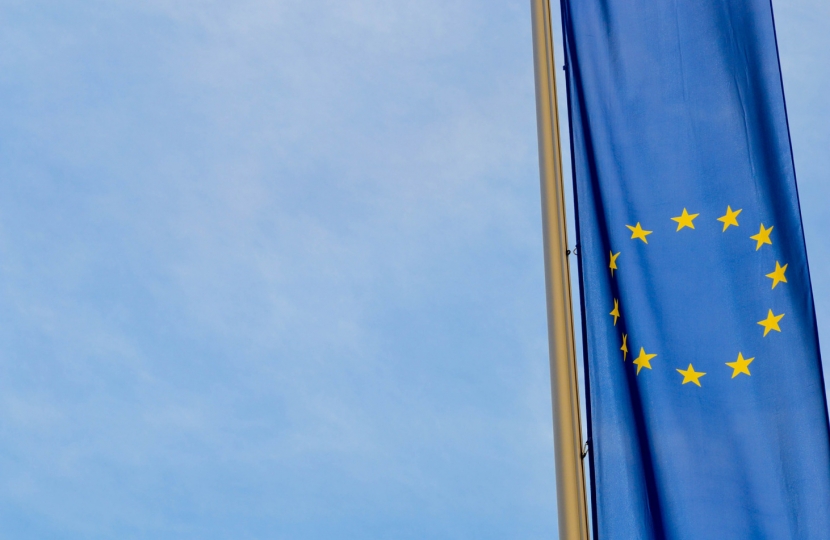 Jeevan graduated from the London School of Economics with a Masters in Comparative Politics, specialising in terrorism and political violence. Regular tweets can be found @jeevanvc.

Either way, it will be a key turning point for Great Britain.

More than anything, the Prime Minister’s announcement of the EU Referendum earlier this month represents a chance to put an end to a historic rift in the modern Conservative Party. It is also an opportunity to objectively assess where the UK stands in relation to Brussels and the world. A logical and rational assessment will likely end with a victory for the Stay In campaign. Although I see myself as a mild Eurosceptic, my view is that considerations of macroeconomic stability and political standing will ultimately trump concerns over sovereignty. Membership of a reformed EU holds the key to future British prosperity and status.

"Exiting the EU will not bring past glories back to us"

The age of Empire has been over for two generations now. Exiting the EU will not bring past glories back to us. The fact remains, however, that Britain is still seen as a first tier world power. This is due to a confluence of factors. For example, there's our competitive and first rate services-led economy, which historically has been fuelled by the contributions of immigrants, many of them from Europe; there's our advanced, well equipped and superbly trained military; our nuclear deterrent, Trident and last but not least, our membership of the European Union. Membership of the EU gives Great Britain a stronger voice on the world stage. It is important to note that the Eurozone economy has a GDP roughly equal to that of the US and nearly twice that of China. Being part of such a massive bloc holds geostrategic advantages.

When the European Union speaks, it amplifies the voices of each of its member states. This is a significant political multiplier. It strengthens the ability of the UK to stand up for its trade and security interests. Co-operation on defence projects, for example, is a key area where being part of the European bloc helps the UK. The Eurofighter Typhoon is one case where the UK collaborated with three other European nations to create an outstanding weapons system. In an uncertain world, with a resurgent Russian and Islamist threat, being part of Europe enables both solidarity and the sharing of advanced defence technology and intelligence. The possibilities of such co-operation from outside the European bloc become murkier.

"The Eurozone economy has a GDP roughly equal to that of the US, nearly twice that of China"

The EU is by no means perfect. It can be bureaucratic, cumbersome and unwieldy. Sometimes, EU law has tended to supersede individual state laws, which has been a significant complaint of the ‘Out’ camp. However, the Prime Minister’s deal with EU leaders demonstrates that there is potential flexibility even here. The major European powers such as Britain, France and Germany have significant leeway in interpreting EU laws as they see fit. Britain can now restrict in-work benefits for migrants, among other things, negotiating over the opposition of EU leaders. This flexibility demonstrates our neighbours determination to keep us in the bloc. It also underlines the considerable sovereignty which Great Britain still retains, even on a pan-European level. The wheels of ever deeper political European integration have ground to a halt as the British electorate have shifted rightwards. However, this does not mean that we will be leaving.

The UK retains the ability to control its own borders. Irrespective of whether we are in the EU or not, we will be a major destination for immigrants. In this regard, the UK is a victim of its own economic success under the Conservatives. People typically do not immigrate for benefits, but for employment. The UK has arguably the best economy in the Eurozone, and possibly the developed world. Unemployment is rapidly shrinking, inflation is at historic lows and GDP growth is steady and substantial. All this makes Britain an attractive target for immigration – EU or no EU. In the face of this, the use of immigration as a core argument for leaving the EU comes across as xenophobic. That would not appeal to middle ground voters in the political centre, as UKIP found out.

"EU or not, we will be a major destination for immigrants"

The latest poll of polls shows ‘In’ in a respectable lead. This is distinct from a general election, where Conservative voters are almost always under-represented. People that favour leaving the EU will be vocal about it. Those that are unsure about the direction they want to go in tend to lean toward the status quo - human nature. Better the devil you know is the paradigm the electorate will follow in this referendum, giving the EU the benefit of the doubt. This is preferable to the potential economic and political uncertainty of Brexit.

The best option in this referendum -- and likely outcome -- will be a Euro-sceptic vote to stay IN a reformed and flexible European Union.